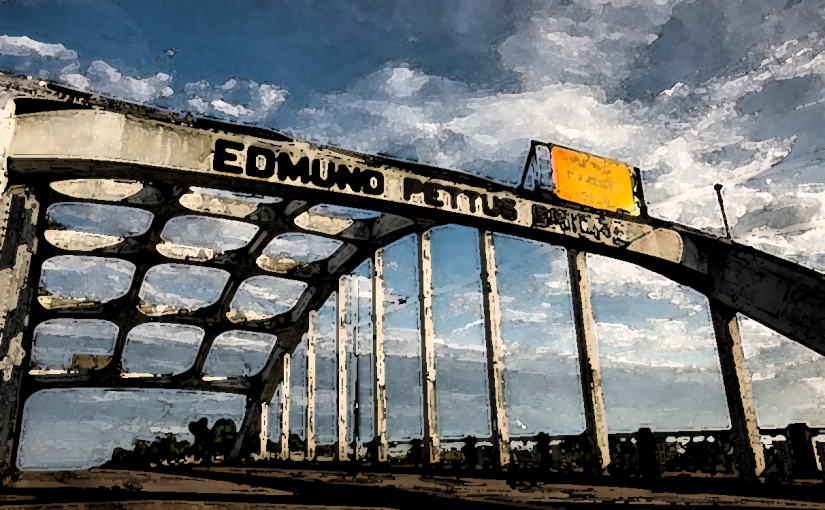 In 1844 Celsie Monroe was born into slavery; in 1865 she was freed.  One hundred years later her great-grandson, Willie Harper, was one of those who joined the Selma March.

Crossin’ the Edmund Pettus Bridge
WRITTEN BY: F.D. LEONE
Named for a Confederate general
Who has all but faded from history
That bridge is a landmark of a struggle
Where slave descendants took a step towards victory

It’s only fifty miles from Selma to Montgomery …

It’s only fifty miles from Selma to Montgomery …

© 2018 Frank David Leone, Jr./Highway 80 Music (ASCAP). The songs and stories on the Highway 80 Stories website are works of fiction. Names, characters, businesses, places, events, locales, and incidents are either the products of the author’s imagination or used in a fictitious manner. Any resemblance to actual persons, living or dead, or actual events is purely coincidental.