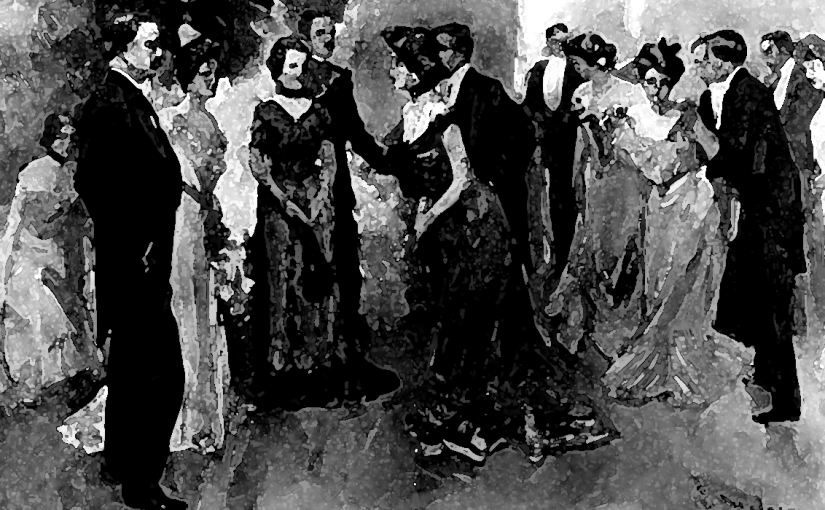 In the early decades of the twentieth century, upper class Southern families, in many ways, still lived by a code of behavior that reflected antebellum values.  Young men and women socialized at the frequent balls and dinners held at the large homes among the wealthy Southern families. Lillian Cobb was often the prettiest girl there and enjoyed the attention of most of the eligible young men, who would crowd around her, filling her dance card. She was described by some as a butterfly, flitting from partner to partner.

A vestige of what was a 19th century value system, fathers controlled whom their daughters saw socially and ultimately married.  It was unusual for a daughter in her early twenties, or more likely eighteen or nineteen, to defy her father in her choice for a husband.  Lillian Cobb’s father was no different, and she was a product of a culture which strictly prohibited her from choosing a romantic partner from outside her family’s social strata or someone whose reputation had been seriously tarnished.

In the 1910s and 1920s, prior to the Great Depression, this society was peopled by men who did not inherit their wealth but had grown rich in industry or one of the professions, doctor or lawyer.  This was especially true for East Texas towns such as Tyler, where much of the new wealth came from oil and gas production. But there were still the old money families, and these two classes, the newly rich and the old guard, made up one upper social class.

In the case of Lillian Cobb, she fell in love with the irresponsible but dashing son of a Texas family whose roots went deep, back before statehood.

William MacLachlan was the second oldest son of Andrew MacLachlan, patriarch of an old family whose money derived from huge land holdings and cattle.  Andrew had never allowed drilling on any of his land, considering it a blight on the landscape.  Cattle were living things, warm bodies which you raised from birth and fed and took care of for several years.

Andrew’s son William, Willy his friends called him, was a Romantic youth, whose mind was filled with the poetry of John Keats and Robert Browning, and ideas about manhood coming out of novels of Walter Scott.  He had aspirations to write, himself, and filled composition books with his poetry.  A couple of times Willy bound these poems into folios, adding some ink and watercolor drawings, which he then gave to Lillian as his form of courtship.

Willy had dropped out the University of Texas, living off his family without any clear direction for earning his own way, or plans for the future other than bumming around Europe.  Willy was known to drink copious amounts of whiskey, something else which would not endear him to any of the Tyler aristocracy.

William MacLachlan was just the kind of boy Randolph Cobb, Lillian’s father, would never approve of for his daughter. And he did every thing in his power to thwart any ideas of marriage between his daughter and Willy MacLachlan.

By contrast Walter Murphy was in his final year at University of Texas law school, with a promising future assured.  Lillian might have been in love with the dreamy Willy, but her father knew to whom he was going place his daughter’s hand in marriage.

A great-aunt on her daddy’s side
Sat with her, they talked the night away
“I’ll tell your father to call this wedding off”
“You mustn’t do that; it’s too late.”

© 2020 Frank David Leone, Jr./Highway 80 Music (ASCAP). The songs and stories on the Highway 80 Stories website are works of fiction. Names, characters, businesses, places, events, locales, and incidents are either the products of the author’s imagination or used in a fictitious manner. Any resemblance to actual persons, living or dead, or actual events is purely coincidental.